On this tour we will visit Delft, the city famous for its blue porcelain and The Hague, the old Dutch capital, and one of the most influential cities in all Europe, as well as Madurodam, the smallest city in Holland. 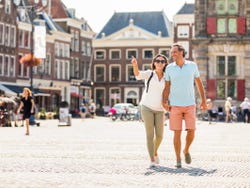 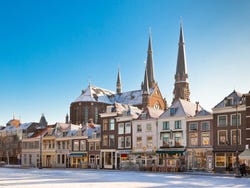 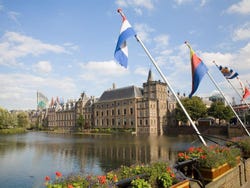 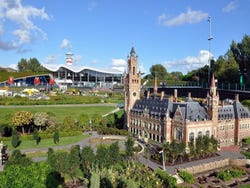 Trip to Delft, The Hague and Madurodam

Beginning at 2:30pm, the tour will leave the Dutch capital behind on the road to Delft, a city located 60km south-west of Amsterdam.

Our first stop will be Delftse Pauw, one of the few ceramic factories still standing, and one which in its day brought much fame to the city; Delft's ceramic products became popular during the 17th century, as an alternative to Chinese porcelain.

The tour continues to the Delft old town, where you will have free time to take a walk, buy souvenirs and have a drink on the terraces of Market Square

Having crossed breathtaking landscapes we will arrive at The Hague, the city where the headquarters of the Dutch government can be found. In The Hague we will make a guided walk of the Binnenhof area, where the Dutch Parliament and the Royal Palace can be found.

On our way back to Amsterdam the tour stops next to the Peace Palace, the very building which houses the International Court of Justice, as well as passing by Scheveningen, a tourist destination immortalised in the famous Van Gogh painting.

The final stop will be Madurodam, a model village with buildings representing the most important buildings in the country: and named by its creators as 'Holland's smallest city'.

The tour will return to Amsterdam at around 8pm.

The activity takes place with a guide that speaks in English and other languages.

I travelled by myself
8

I travelled with friends
6

I travelled with my partner
6

I travelled with teenagers
Show all the reviews
like

9.10 / 10 35 reviews
On this tour, as well as getting to know the history of prostitution and drugs in Amsterdam, we will visit its oldest areas and its first street.
US$ 20.40
Book