Get to know Amsterdam through the story of Anne Frank, passing though the Jewish Quarter while discovering the relationship between the Dutch city and the Nazi Regime. 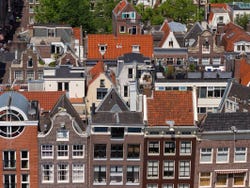 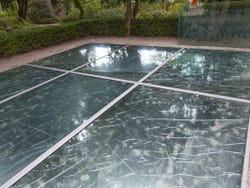 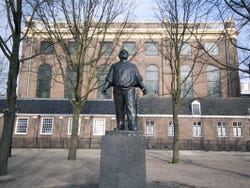 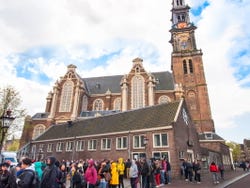 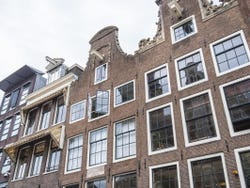 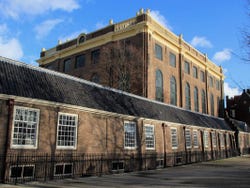 Peek into one of Amsterdam's darkest episodes; we'll relive the 1940s, in the middle of the Second World War, through the quintessential story of the Nazi Holocaust, the story of Anne Frank.

We'll meet at the Museum of Jewish History with our expert guide, and from there begins our tour of Amsterdam's Jewish Quarter. During the tour we'll learn about the relationship between the Nazi Regime and the Dutch city.

We'll get to know the places, monuments and buildings of the city through the eyes of the young Anne Frank, who between 1942 and 1944 hid along with her family in a house in the city. Her diary of these years has become one of the most read books in history.

We'll discover the Portuguese Synagogue, the headquarters of the Jewish Council, the Auschwitz Monument and the Docker statue. The tour around the Jewish Quarter continues whilst we learn details of some of the worst moments of the Second World War, such as the February Strike or the famine of 1944–45.

Our tour finishes passing by the Westerkerk Church and arriving at the House of Ann Frank itself, leaving you with the bitter sensation of how cruel history can be...

A safe distance of one metre between clients will be maintained whenever possible.

The use of masks is obligatory. The client must bring their own mask.

You can book up until 10 hours before the activity as long as there are still places. Book now to guarantee your spot.

No single-use plastics are used.

The indigenous community participates in the management of the activity.

The activity helps the dissemination of local cultural heritage.

US$ 32.20
No hidden fees or surcharges
Free cancellation up to 24 hours before the service starts
Book

Beautiful and fascinating experience. Thanks to Peter, a very prepared and nice guide, I discovered an Amsterdam I didn't know and making me go back in time mentally. Thanks.

I travelled by myself
8

Great tour, a lot of walking but it worth it. Thanks

Very informative tour from start to finish, jo our guide was very knowledgeable. Well worth the money.

I travelled with my partner
Show all the reviews
like

9.50 / 10 4 reviews
Leave Amsterdam behind and step back in time as you head to the serene Dutch countryside for a taste of the real Volendam experience.
US$ 32.80
Book
like

9.10 / 10 35 reviews
On this tour, as well as getting to know the history of prostitution and drugs in Amsterdam, we will visit its oldest areas and its first street.
US$ 20.30
Book