These are some of the best-known dishes from the Netherlands:

If you like to make the most of your time and spend little time eating, then Amsterdam is the place to go. The capital of Holland offers hundreds of fast food chains, including the typical kebab, McDonalds, Burger King, KFC, and one of our favorites: Wok to Walk!

FEBO is the most famous Dutch fast food chain with thousands of automat machines offering hot dogs, croquettes, hamburgers, among other delicatessens.

Beer is one of the most famous Dutch national drinks. The most common is the Pilsner, a light-colored type of larger. The most famous Dutch Pilsner beers are Heineken and Grolsch, followed by Witbier (whitish and cloudy, served with a slice of lemon). If you prefer a darker beer, we recommend Bokbier.

Eating out in Amsterdam is relatively expensive. The average price per person without wine is a little over € 20 (US$ 22.60) approximately. If you prefer to spend less money, the capital is packed with all types of fast food restaurants.

In the Netherlands, like in other northern European countries, residents have their lunch around midday and dinner between 5pm and 8pm. Luckily, restaurants are open longer hours (approximately from noon – 2:30pm and from 5pm to 10pm). If you want to have dinner later than 10pm, you can head to any fast food joint.

Best areas to eat out

Most of the city center in Amsterdam is packed with restaurants, cafés, bars and fast food chains; nevertheless, the most popular neighborhoods to eat out include Dam Square and Spui (and their surroundings). For dinner, we recommend heading to Leidseplein. 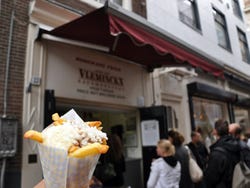 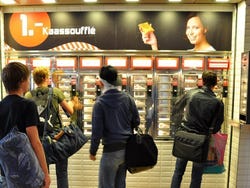 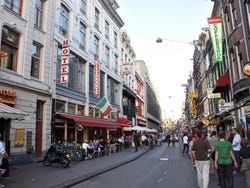 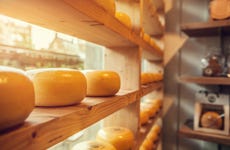