The inner court is surrounded by elegant houses constructed around 1346, including a Medieval workhouse once owned by the Beguines, a Roman Catholic religious order.

There are several historic buildings in the Begijnhof worth discovering:

The oldest house in Amsterdam

On one of the sides of the patio (house number 34) is a charming wooden house, the oldest house in Amsterdam, built during the sixteenth century. Apart from this house, there is only one other wooden house in the capital city.

All wooden houses in Amsterdam were forbidden in 1521 because of fire risk.

The fifteenth-century Engelse Kerk, situated just in front of the workhouse, was were the Beguines attended mass until the Protestant takeover in the sixteenth century. The temple was confiscated and transformed into the English Reformed Church. Meanwhile, the religious order joined two houses and converted them into the first clandestine Roman Catholic church in Amsterdam.

Visitors will enjoy exploring some of the city’s most representative areas and districts like Spui Square and the Begijnhof, the oldest hofje in Amsterdam to understand the history of Amsterdam.

The two highlights of this peaceful inner courtyard are the wooden house and the clandestine church, which looks like a normal house from outside. 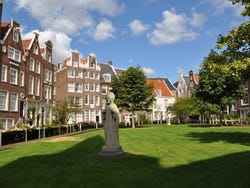 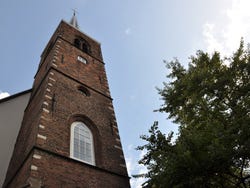 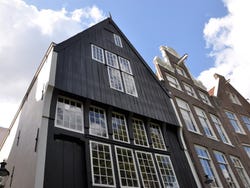 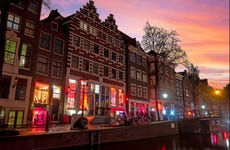