A visit to Amsterdam is not complete without enjoying a cruise along its scenic canals. Discover the city’s most iconic landmarks from the water on a one hour sightseeing cruise. 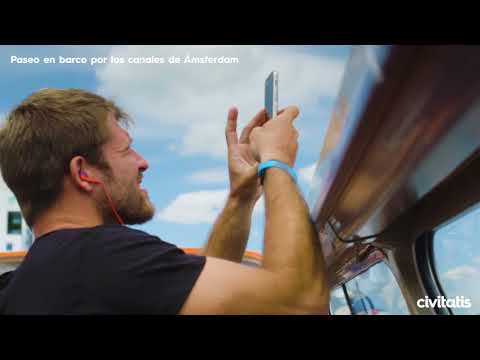 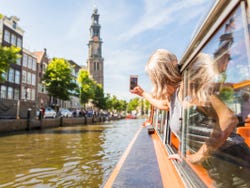 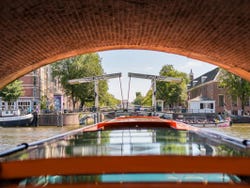 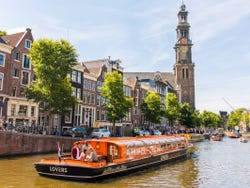 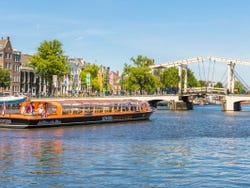 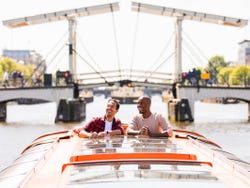 Cruising along the canals of Amsterdam is one of the must-do activities on any trip to the Dutch capital, whose waterways stretch over 60 miles (100 km) around the city centre. The best way to capture the essence of the Netherlands!

The cruise begins in Herengracht, the most luxurious neighbourhood in Amsterdam, whose name literally means "Gentlemen's Canal".

Your boat tour will also sail the canals of Keizersgracht, or Emperor's canal, named after Maximilian I of Austria and dating back to 1612. This 1.2 mile (2.8  km) long canal is home to a huge number of important tourist attractions, including the iconic House with the Heads, known as Huis met de Hoofden in Dutch, whose façade represents the heads of the Roman gods Apollo, Minverva, Ceres, Mercury, Bacchus and Diana.

You will also visit the Prinsengracht area of Amsterdam, where you'll be enchanted by the picturesque feel of this humble neighbourhood, whose emblematic sights include the Anne Frank House and the Houseboat Museum. You'll also get to see the Duif Church and the Palace of Justice.

The activity takes place with an audioguide in in English.

US$ 15.90
No hidden fees or surcharges
Free cancellation up to 24 hours before the service starts
Book

Pier (Prins Hendrikkade 25), next to the Central Station in Amsterdam

I travelled with friends
8

I will recommend to anybody caming to Amsterdam. Good

I travelled with teenagers
8

I travelled with my partner
8

I travelled with my partner
8

I travelled with my partner
Show all the reviews
like

9.50 / 10 4 reviews
Leave Amsterdam behind and step back in time as you head to the serene Dutch countryside for a taste of the real Volendam experience.
US$ 32.80
Book
like

No rating yet
Be dazzled by diamonds with our Amsterdam Diamond Museum Ticket. You'll learn all about the legendary history of these precious and highly-prized gems in the Netherlands.
US$ 11.30
Book