Before the station could be built, it was necessary to create three artificial islands connected to each other. The construction was then built on 8,000 wooden pillars to hold the structure.

Amsterdam Centraal (in Dutch) is situated very close to the city center and is the major train station for the capital. All trains that connect Amsterdam and Europe either depart or arrive here.

The start of any journey

All travelers discovering Amsterdam will find that Amsterdam Central Station is a must, whether they take the train from Schiphol Airport to the city center or visit nearby towns like The Hague or Utrecht.

The railway station is connected to the city by metro, tram and bus, so tourists will probably have to transfer at least once at the station to get from one place to another.

Next to the train station is the central bus station of Amsterdam, connecting it with numerous villages and towns, like Volendam and Marken. 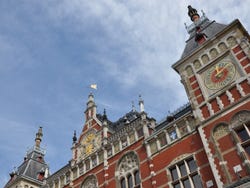 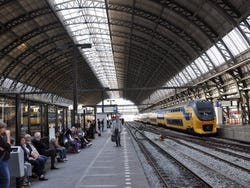