Amsterdam is famous for its coffee shops and liberal laws. Embark on a 2-hour walking tour of the city and learn all about its alternative scene. 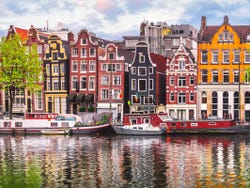 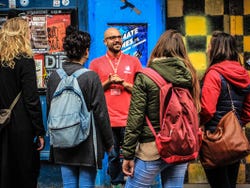 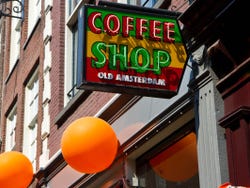 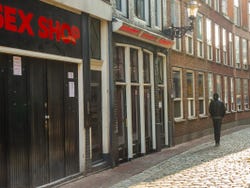 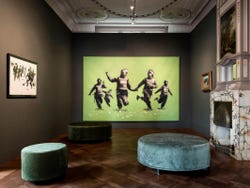 Head to the National Monument on Dam Square, in the city centre, from where you will begin your tour by foot.

Accompanied by an expert English-speaking guide, discover what makes this city different from all the rest. Learn about its history as you wander towards its canals and find out about Provo, the Dutch counterculture movement, founded in 1965. Unlike other proposals contrary to the established social order, its activists would use humour to challenge the authorities.

Your guide will also reveal the origin of boathouses in Amsterdam, an alternative housing arrangement to try and solve the serious housing crisis that affected the city after the Second World War.

You will also admire the city’s most stunning street art as you stroll through its historic centre and finally, learn about the history of its coffee shops.

Ticket to the MoCo Museum

Complete the experience with a ticket to the MoCo Museum, the Amsterdam Museum of Modern, Contemporary and Street Art. This ticket gives you access to the best modern art in the city, with exhibits by Banksy, Warhol and other big names in the world of contemporary art.

All of our providers comply with local legislation and applicable health recommendations to avoid the spread of Covid-19.

The activity takes place with a guide that speaks en english.

English speaking guide specialized in the history of Amsterdam.

You can book up until the previous day (11:59 pm) if there are still places available. Book now to guarantee your spot.

from
US$ 18.80
No hidden fees or surcharges
Free cancellation up to 6 hours before the service starts
Book

Free! Free cancellation up to 6 hours before the activity starts. If you cancel under this time or do not show up, you will not be refunded.

Very good tour, well organized, well planned, guide very aware of everything, guide during rest time in Rembrandt Square, I do not stop attending to all of us, one by one. Thanks to the guide Jesús Bustos from Zamora. The tour and the guide are recommended. Opinion translated. Show original.

I travelled with teenagers
10

I travelled with teenagers
6

I travelled with friends
8

I travelled with friends
Show all the reviews
like

8.40 / 10 885 reviews
A visit to Amsterdam is not complete without enjoying a cruise along its scenic canals. Discover the city’s most iconic landmarks from the water on a one hour open-top boat tour.
US$ 15.30
Book
like

8.80 / 10 435 reviews
Enjoy this double excursion, which includes tickets to the old Heineken Experience brewery and a boat trip along the Amsterdam canals. Two unmissable city sights!
US$ 37.90
Book
like

9.50 / 10 4 reviews
Leave Amsterdam behind and step back in time as you head to the serene Dutch countryside for a taste of the real Volendam experience.
US$ 34.10
Book